Eva Green is a world-class beauty. All you have to do is look at the pictures below and you are sure to agree. She also happens to be an outstanding actress, so let's learn a little more about Eva.

Eva is the daughter of a French actress, Marlène Jobert (she appeared in Jean-Luc Godard's "Masculin Feminin"), and a French-Swedish dentist, Walter Green. She is very sophisticated, having grown up in Paris, and attended the American School of Paris.

Eva Green has a sororal twin sister and is a natural dark blonde. Eva’s twin Joy rears horses in the Normandy countryside with her husband:


‘Joy and I are very contrasting characters,’ says Eva. ‘She never wanted to act, which was quite good because it would have been very competitive between us. We fought and were quite nasty to one another, but now we get on really well. She keeps all the clippings about me.’

Eva decided to become an actress at age 14, when she saw Isabel Adjani in "The Story of Adele H." She studied at St. Paul Drama School in Paris, and also at New York University's Tisch School of the Arts in New York City. She then returned to Paris and appeared in several plays.

Eva Green is a free spirit and a free-thinker, and we love her for that! Below you will find shots from just a few of her roles, ones which capture her great beauty best. However, you could fill dozens of websites with her awesomeness.

First, let's take a look at Eva Green in three of her seminal films: "The Dreamers;" "Kingdom of Heaven;" and "Casino Royale." I have a separate page devoted to Eva's performance as Artemisia in "300: Rise of an Empire" here.

Bernardo Bertolucci liked Eva Green and chose her to be the star of his 2003 film "The Dreamers." The role required all sorts of nudity and sexual situations, but that did not phase Eva despite the fact that everyone, including her parents, advised her not to take the role. She gives a beautiful performance, full of passion and sentimentality. This role alone makes Eva Green the "most daring Bond girl."

Eva did have one difficulty with the role: taking her parents to see it was quite embarrassing, she confessed later. However, everyone survived the screening and went on with their lives. 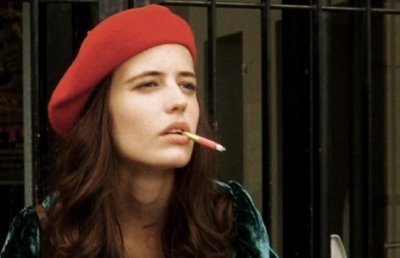 The plot of "The Dreamers" is not very important - it is about a vaguely incestuous menage a troi between French brother and sister and a visiting American young man during rebellious events of the 1960s - but what is important is that Eva Green is stunning in the role. 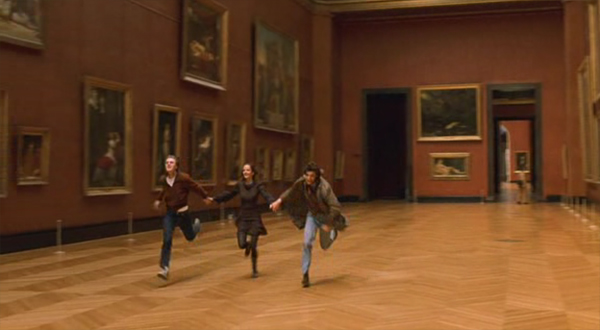 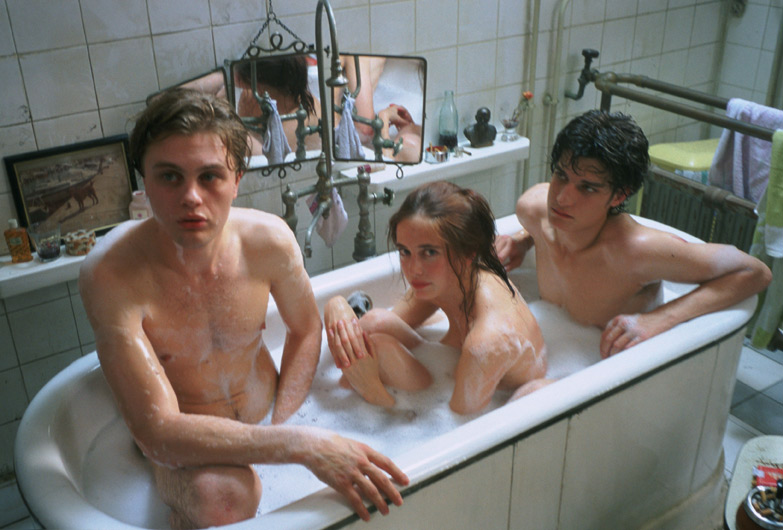 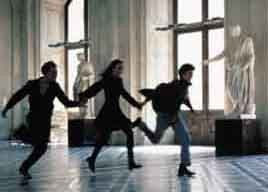 Ridley Scott made Eva Green go through six screen tests before finally casting her as Sibylla of Jerusalem in "Kingdom of Heaven." Sibylla was Queen of Jerusalem for a few years during the Crusades but died during a siege of Acre during the Third Crusade.

Once again, Eva Green was cast at the last minute in a major production, this time "Casino Royale," the James Bond spy thriller starring Daniel Craig. She initially turned down the role. The rumor was that she was uncertain if it would be a good career move since Bond Girls had a reputation of being nothing but adornments for the master spy. That never has been the case, of course, but some myths die hard. Being a James Bond Girl has propelled many stars' careers to greater heights, including those of Denise Richards, Ursula Andress, and Honor Blackman. It did the same for Eva Green, too.

Eventually, of course, Eva agreed to the role of Vesper Lynd. Apparently, she actually read the script - imagine that! - and found the role interesting. Everything worked out great for Eva: she won a prestigious BAFTA award as a rising star for the role and ever since has been high on lists of "favorite Bond girl."

You may read about Eva's 2014 role in "300: Rise of an Empire" and see some more cool pictures of her here, but there are plenty more excellent shots of her directly below.

After several years taking lower-profile film roles and tv work, Eva Green returned to the blockbuster limelight in "300: Rise of an Empire." She plays Artemisia, a Persian admiral tasked by living god Xerxes (Rodrigo Santoro) to destroy the Athenian fleet led by Themistokles (Sullivan Stapleton) at a place called near Athens Salamis. Shipwrecks, beheadings, one-on-one battles, and general mayhem ensue. Oh, and sex ... an amazing sex scene. But, you'll have to watch the movie for that.

The buzz surrounding "300: Rise of an Empire" is all about Eva, whose real historical character steals the film, much as many think she did in "Casino Royale." The character is quite a bit like the one she played in the brief television series "Camelot."

Eva speaks her mind about her big nude sex scene in "300":


"Yes, I mean, it was a Zack idea and he really wanted two warriors having sex, it's far from being romantic and all sweet and loving. It's just like, they deal with savagery every day so this is how they're going to have sex, they're going to fight and [screw] at the same time. It's an unusual sex scene, yeah, I'm going to scare lots of men after that one."

Well, clearly Eva is not just all talk.

Eva Green has done extensive work as a high-fashion model, which is easy to believe given how stunning she looks in the pictures in this section. There is no question that Eva Green has a natural air combined with sophisticated and refined features that transfer well together and make her extremely photogenic. As they say, "she has a lot of arrows in her quiver."

Eva went to an English-speaking institution, the American University of Paris.

Post that, she went to St. Paul Drama School in Paris. Subsequently, she attended London’s Webber Douglas Academy of Dramatic Art to polish her acting skills.

Eva has Swedish and French ancestry on her father’s side.